In June 2018, I was asked to conduct a review of academic literature on the subject of teacher retention. It’s a hot topic because we are experiencing a staffing crisis in England’s schools.

Firstly, pupil numbers are growing. This is due to a demographic bulge which is travelling through the education system, causing a large increase in pupil numbers at secondary level.

Secondly, not enough new secondary school trainee teachers are coming into the sector. Initial teacher training (ITT) figures for 2016/17 show a decrease in the overall number of recruits compared with 2015/16, with only 93 per cent of places being filled. The overall contribution to the secondary target was 89 per cent, meaning nearly 2,000 places went unfilled.

In reality the situation is worse than these figures suggest because, since 2015/16, ITT figures have included applicants for Teach First who were previously excluded from the statistics. This therefore boosted the overall figure for 2016/17 by more than 1,000 applicants. However, despite the inclusion of Teach First applicants in the ITT statistics, the overall Teacher Supply Model (TSM) target was still not met, just as it hadn’t been met for the previous four years.

In 2016/17, the only subjects where the TSM recruitment target was met were biology, geography, history and PE. All other secondary subjects were under-recruited, and some by a significant margin. For instance, maths only recruited 84 per cent of the required number of trainees, physics 81 per cent, and computing just 68 per cent.

The consequence of falling recruitment and retention rates is that the number of unfilled teaching post vacancies is at a record high in secondary, with 23 per cent of schools reporting an unfilled vacancy in 2017, up 15.9 per cent on 2010.

The retention problem is most pronounced in multi-academy trusts which have a higher than average rate of teachers leaving the profession, compared with single-school academies and maintained schools.

The leaving rate is highest among teachers who teach non-EBacc subjects, which might suggest that they have been incentivised to leave the profession because their subjects are no longer being taught as the school curriculum narrows, or that they have become more frustrated or disaffected at their subject taking lower priority.

A survey by the then National Union of Teachers (NUT) in March 2016 found that nearly three quarters (73 per cent) of school leaders were experiencing difficulties in recruiting teachers, with 61 per cent saying that the situation had got worse (42 per cent) or much worse (19 per cent) over the last year.

The greatest problem areas, according to the survey, were in maths (36 per cent of school leaders were struggling to recruit in this area), science (34 per cent) and English (23 per cent).

The crisis in teacher recruitment and retention means that while schools are struggling to fill vacancies and retain experienced staff, large numbers of pupils are being taught by unqualified teachers – or at least teachers who do not have a relevant qualification in the subject they are being asked to teach.

In 2016, for example, the NUT found that only 63 per cent of physics and 75 per cent of chemistry teachers held a relevant post A level qualification in the subject they taught. For maths and English, these figures were 78 and 81 per cent respectively.

Purpose of the review

The purpose of my literature review was to survey the landscape of academic papers on the topic of teacher retention in order to:

1. Assess the scale of the problem in the UK and abroad
2. Understand the most common causes of teacher attrition
3. Identify the common predictors of high teacher turnover
4. Explore some solutions to the problem of high teacher turnover
5. Survey the products and services available to schools to help reduce attrition
6. Offer suggestions about products and services that might help in the future.

The papers I reviewed were selected on the basis of their relevancy in helping to better understand why teachers leave the profession and what can be done to stem the flow.

My review sought to analyse a variety of papers from differing sources including academic papers published by UK universities, think tanks and policy institutes, professional associations and research organisations, as well as journalistic testimonies from teachers and leaders written in education magazines, newspapers and weblogs.

For the purposes of international comparison, I also reviewed a number of papers from overseas and these were selected on the basis outlined above, albeit with a greater reliance on academic sources from trusted universities.

An initial search of ERIC (the Education Resources Information Centre, an online library of education research and information, sponsored by the Institute of Education Sciences of the US Department of Education) using the search term ‘teacher retention’ garnered 6,248 results of which 52 had been published in 2018, 283 in the last year and 847 in the last five years. A majority 1,144 of the 6,248 results related to higher education whilst 697 related to primary/secondary combined, 344 to secondary and 342 to primary. When the results were filtered for UK origin, the number fell to just 57 of which only one had been published in 2018 and only six in the last five years.

A search of Sage Publishing’s online repository of journal articles using the same parameters garnered 97,638 results, of which 4,462 had been published within the last year and 15,866 within the last five years. When the search parameters were narrowed to include only those papers with the terms ‘teacher retention’ in their title, the result dropped to just 19.

A search of Taylor and Francis Online (another online repository of journal articles) using the term ‘teacher retention’ garnered 192,149 results. When filtered to include only those papers with the search terms in their title, the result dropped to 156.

Although the original search for literature garnered 100,000s papers, once each had been filtered for relevancy and originality, only 43 remained worthy of analysis. Once these 43 papers had been read, only 20 remained worthy of inclusion in my final report. Undoubtedly, other academic papers could have been included but were omitted in the interests of avoiding needless repetition.

In addition to a review of the literature, my report also included the results of a survey of teachers’ views.

In the latest round of this survey, conducted in September 2018, there were 421 respondents. 10.69% cited ‘working conditions – timetable, teaching load, etc’ as the main driver for them considering quitting the teaching profession, 10.45% cited ‘working conditions – pressures over student outcomes’, 9.5% said ‘workload – administrative tasks’ was the primary factor, and 9.26% said it was ‘workload – marking and feedback’.

The full results are below: 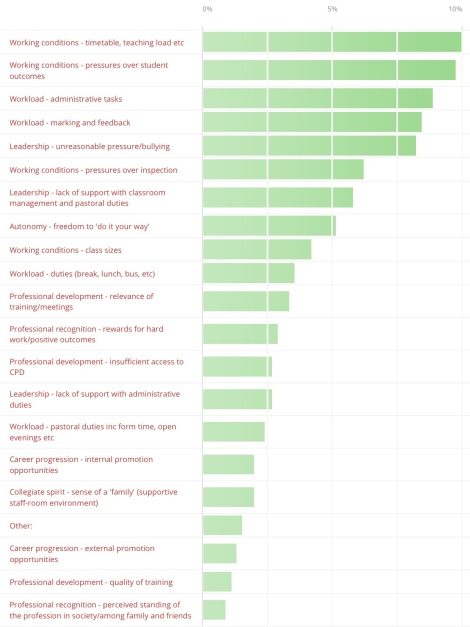 This differs only slightly from the results of the June 2018 survey where the top 4 reasons for teachers considering quitting the profession were as follows:

The next step in this project is to consult with school leaders from a range of organisations including primary and secondary schools, local authorities maintained and academy schools, mainstream and special schools. A working party of headteachers is being convened in the midlands in November 2018 to begin this process. The purpose of this initial meeting is to discuss each school’s experience of teacher recruitment and retention and to identify some possible solutions to the problem.

I’ll report back on the group’s work later this year.

In the meantime, you can read my series on how school leadership approaches and organisational models can impact on staff well-being and effectiveness, and therefore recruitment and retention rates. 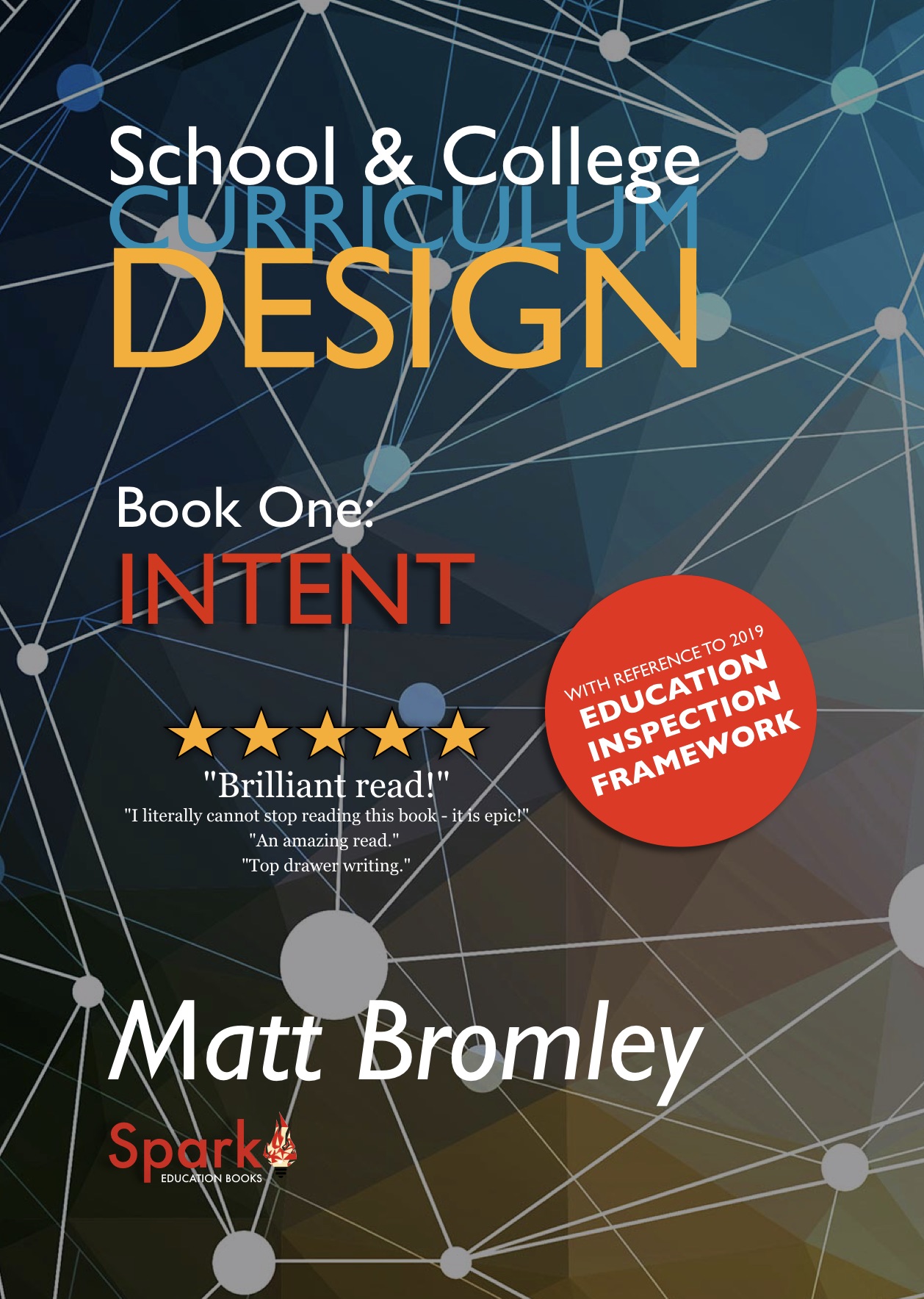 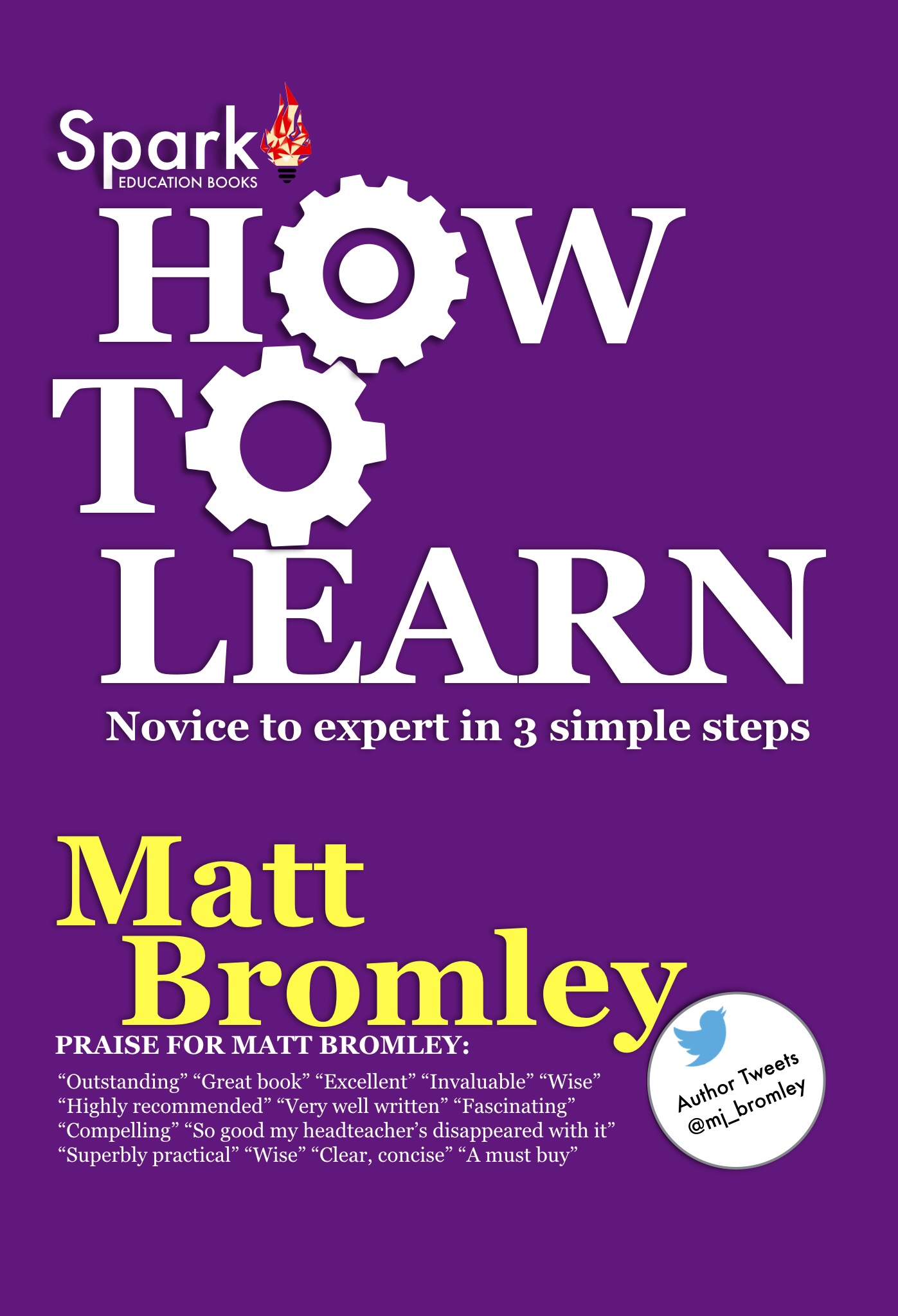 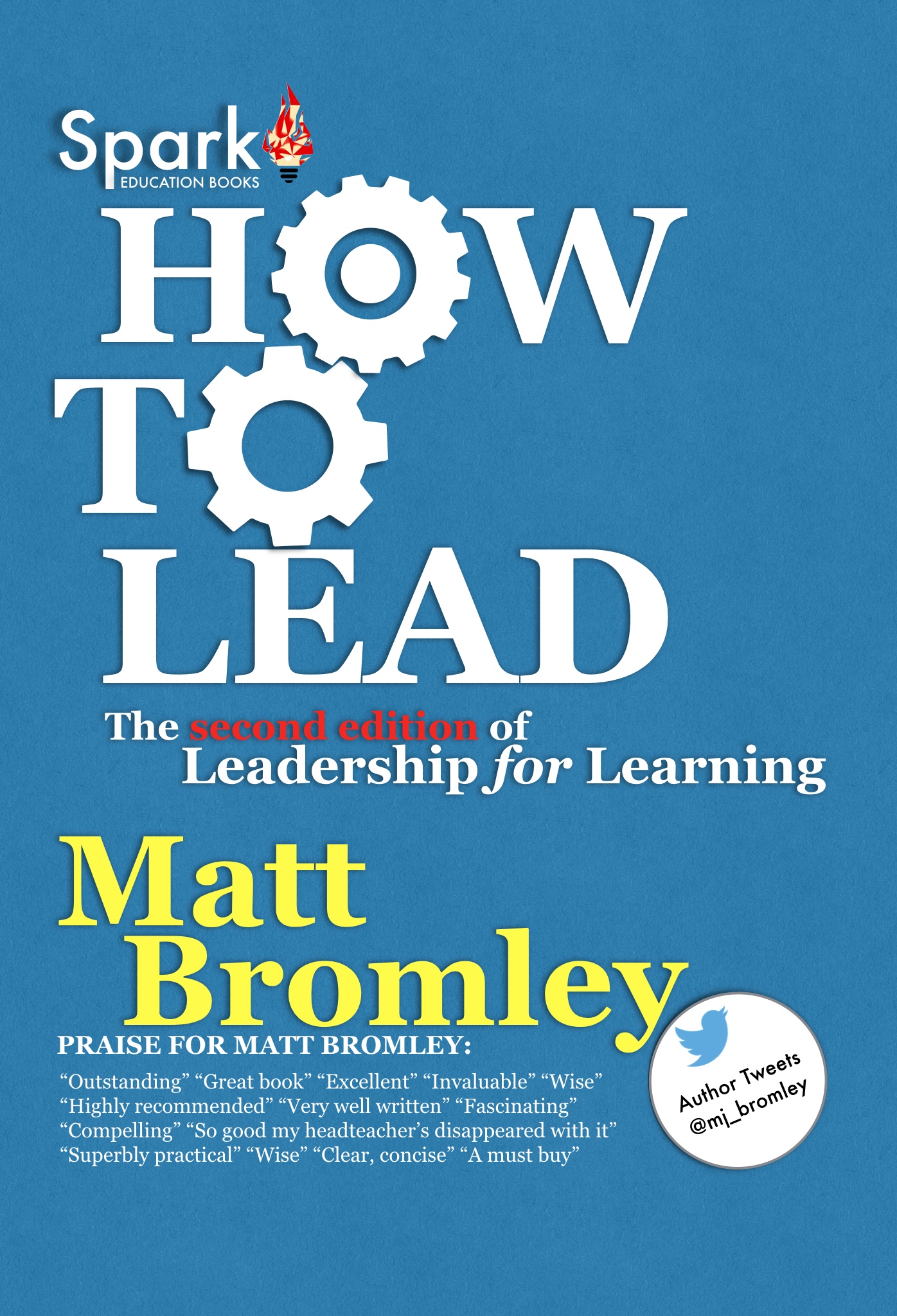 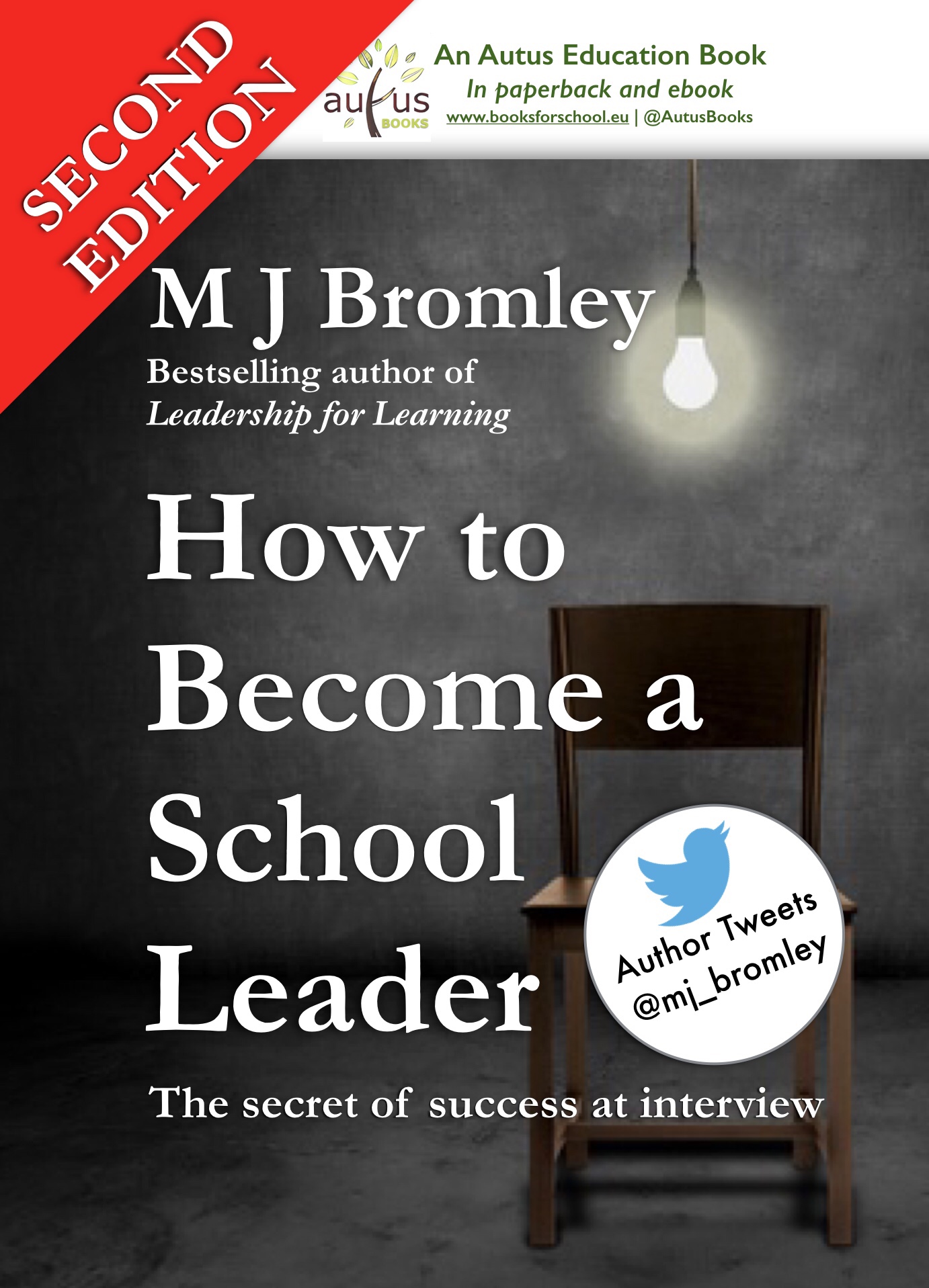 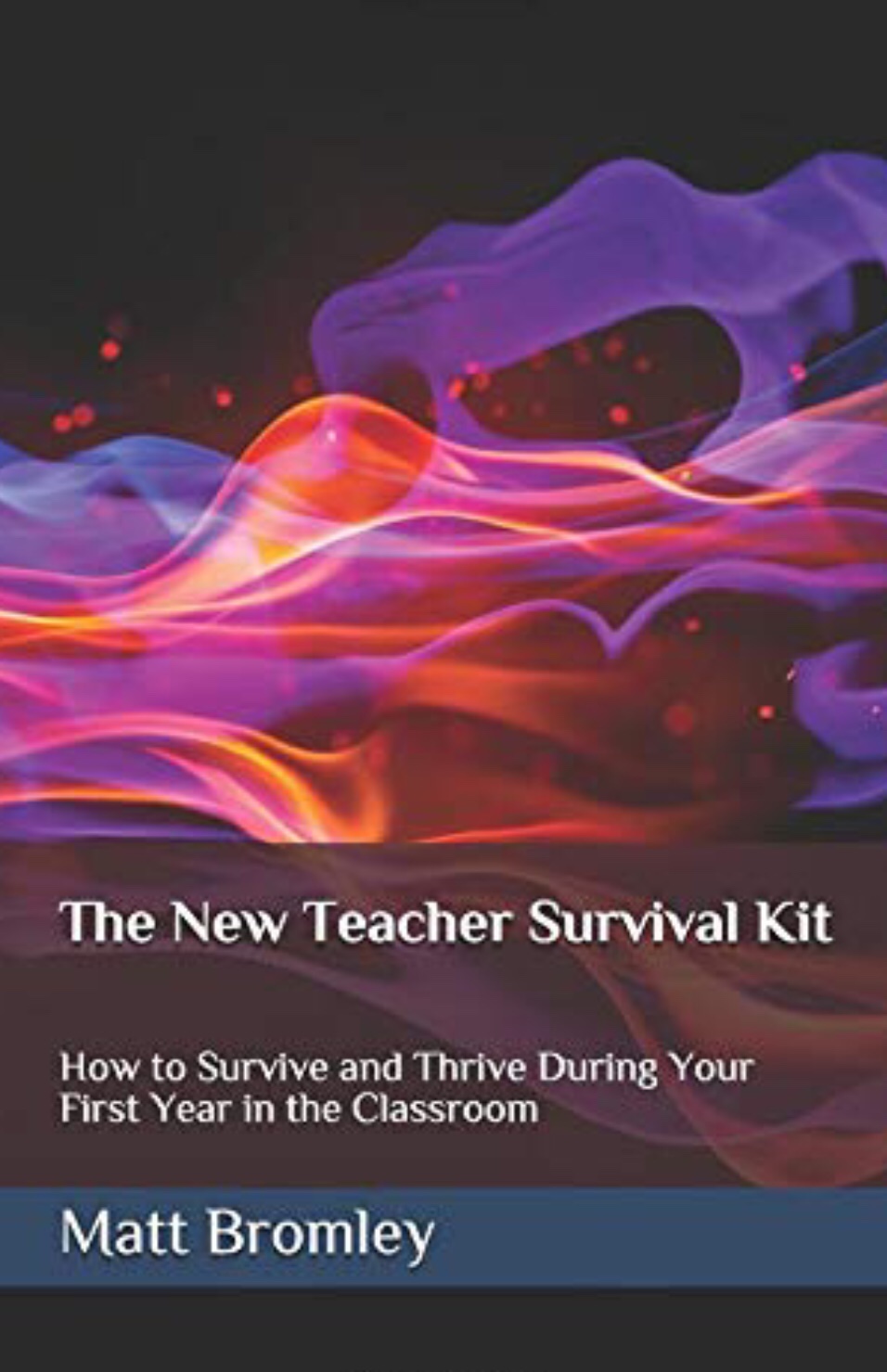 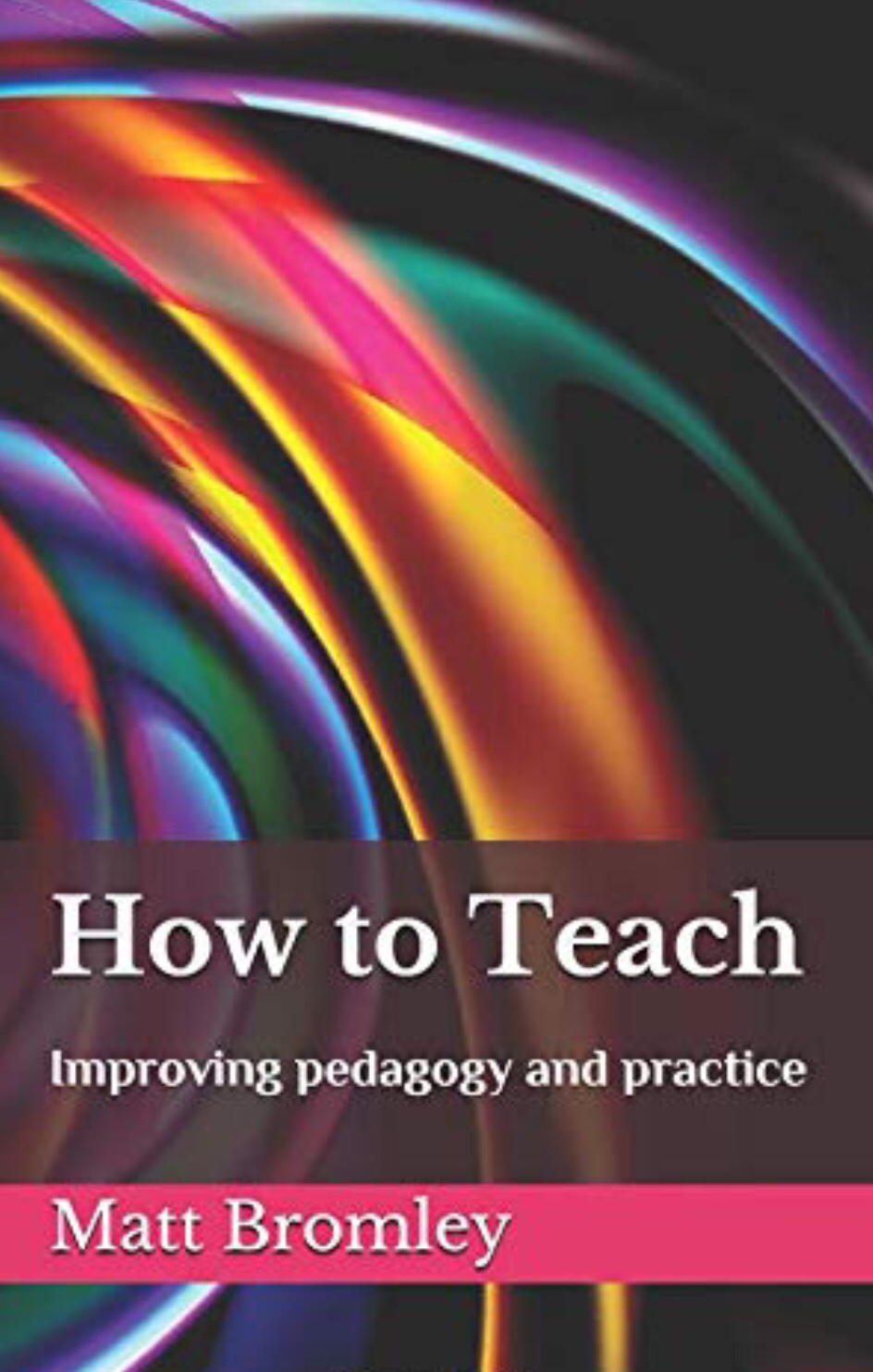 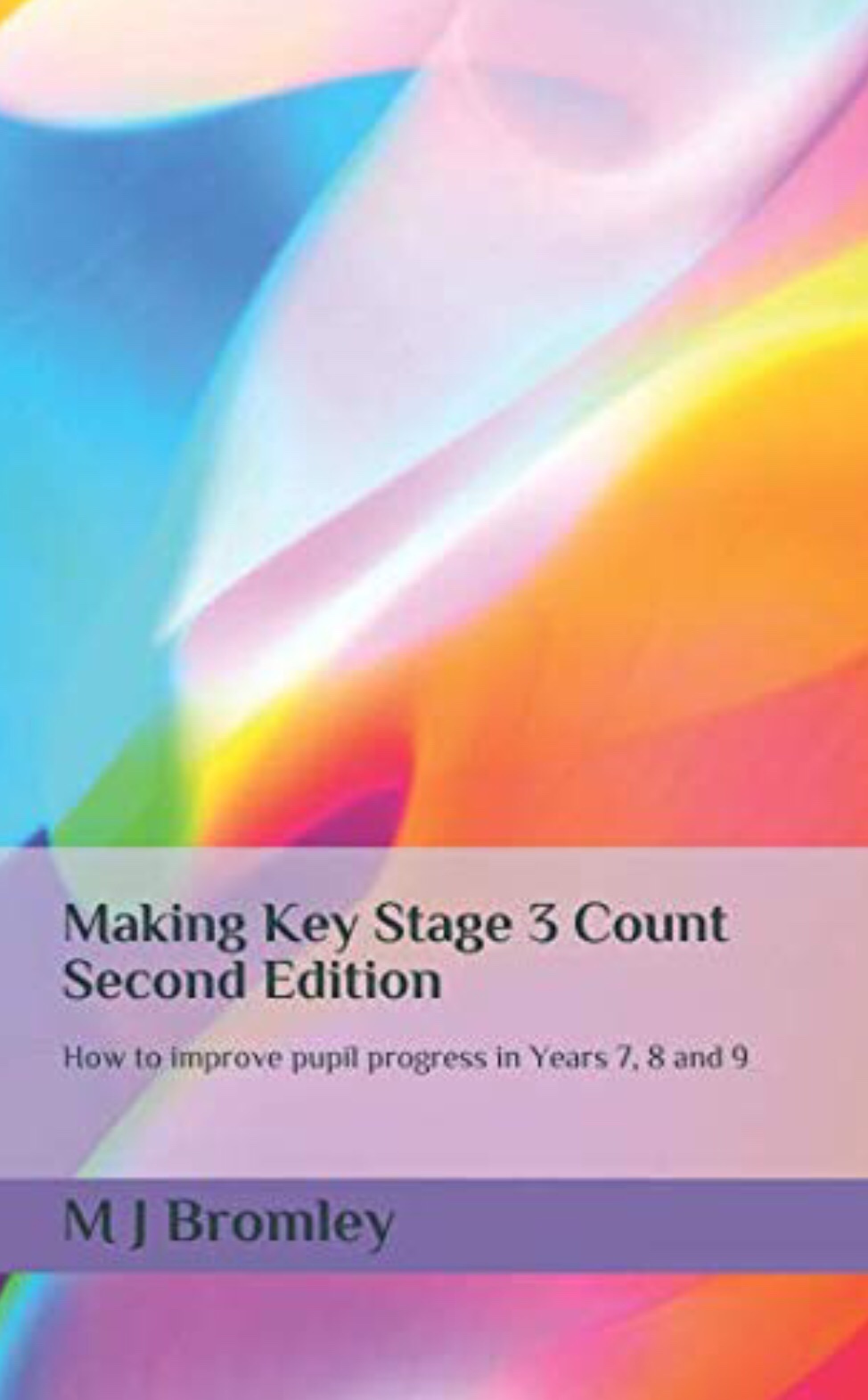 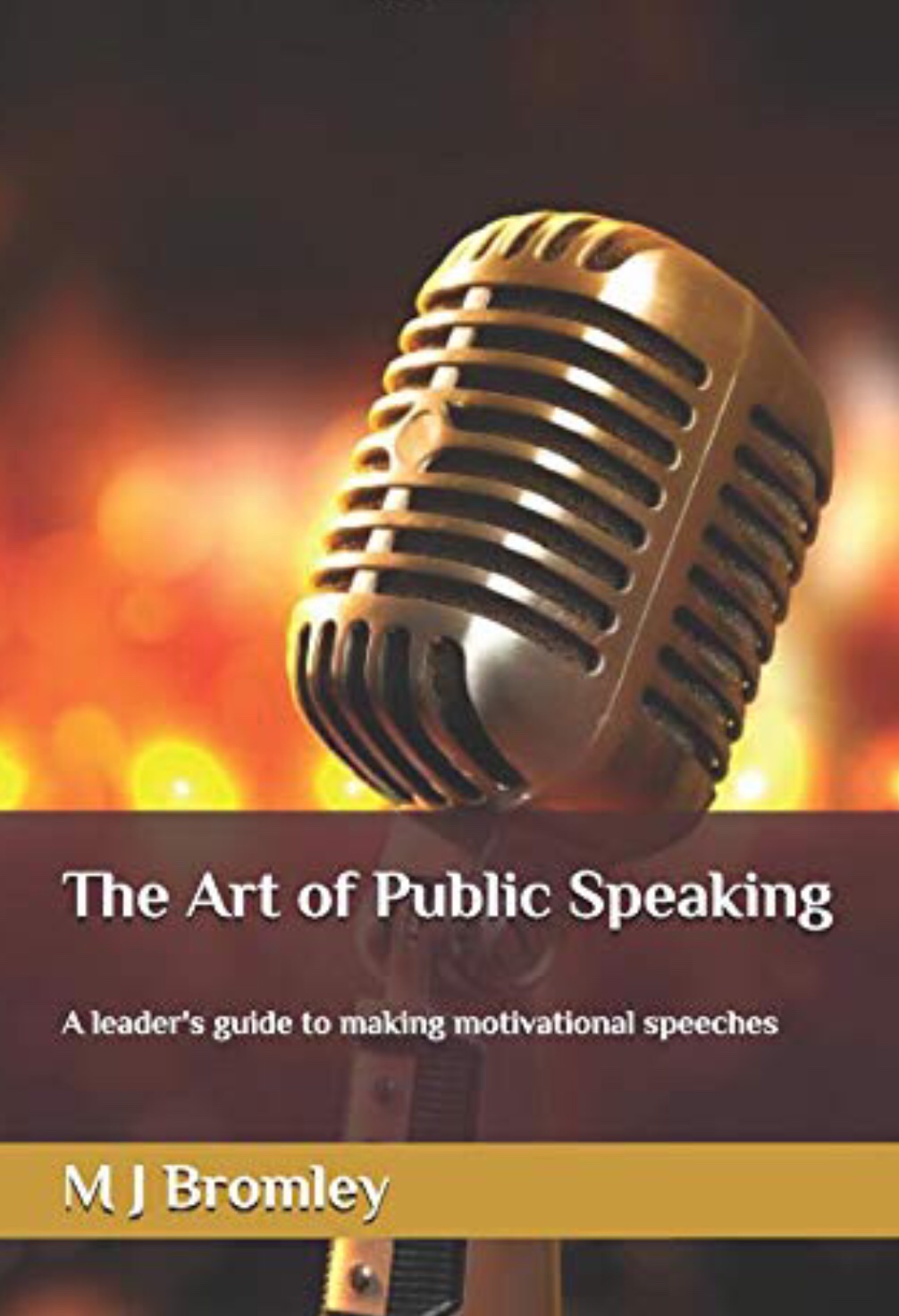 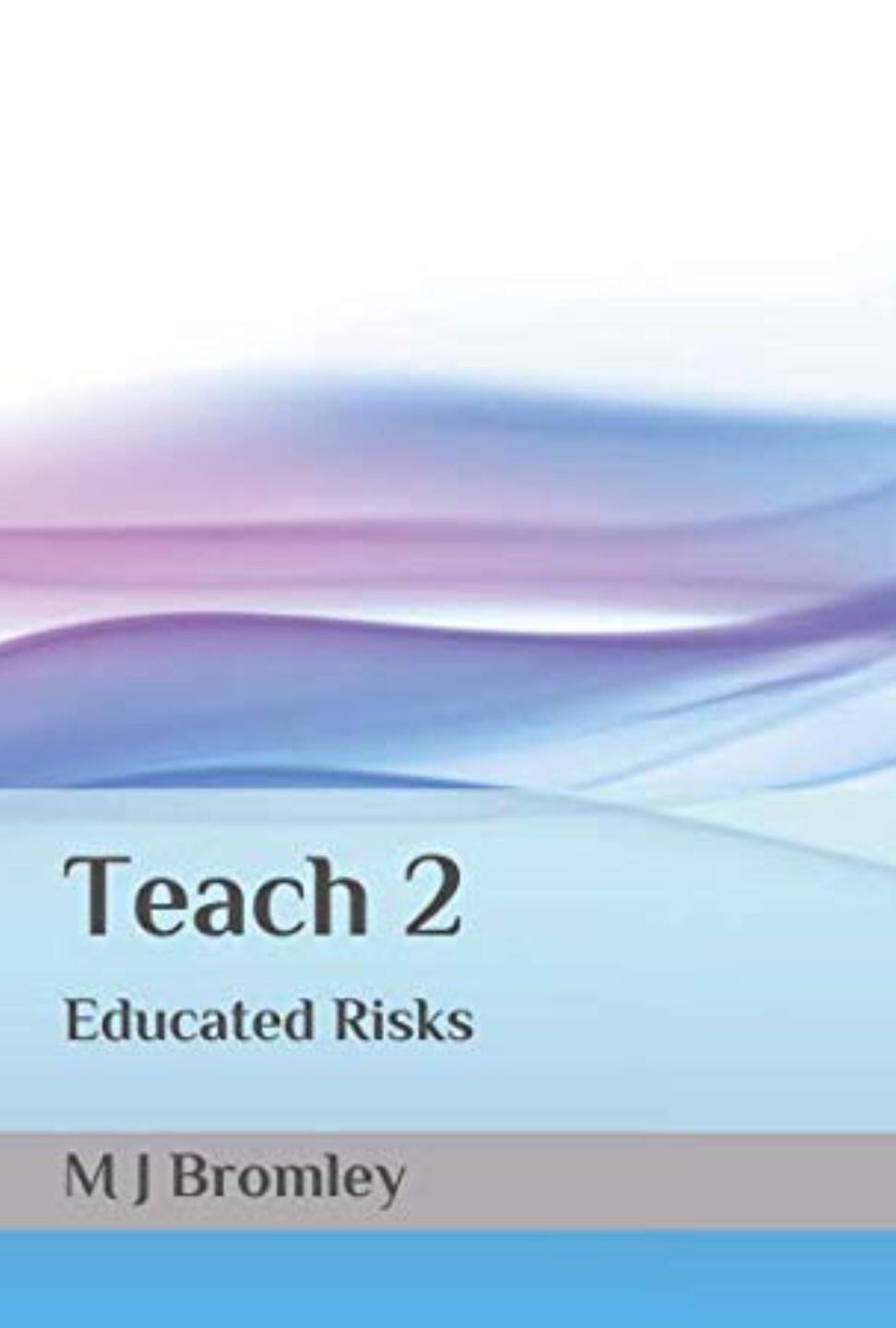 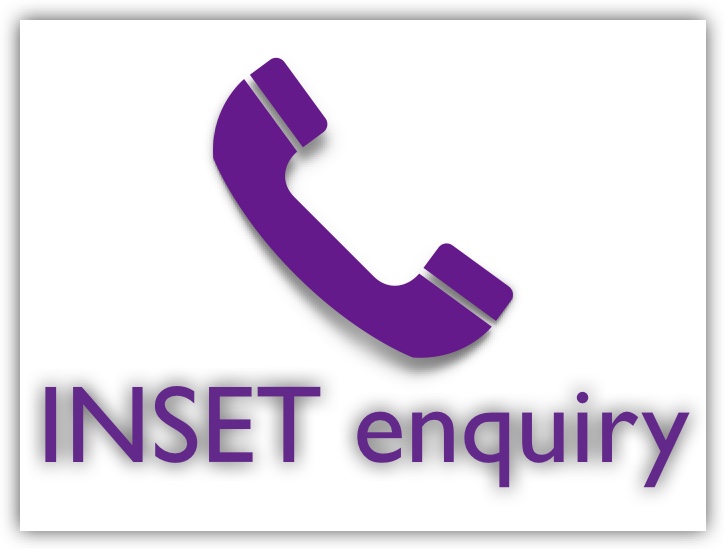 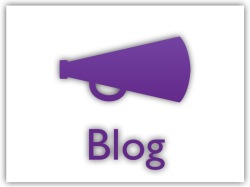 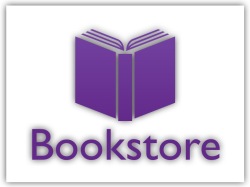 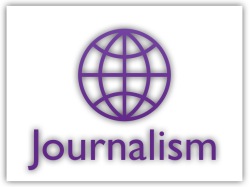 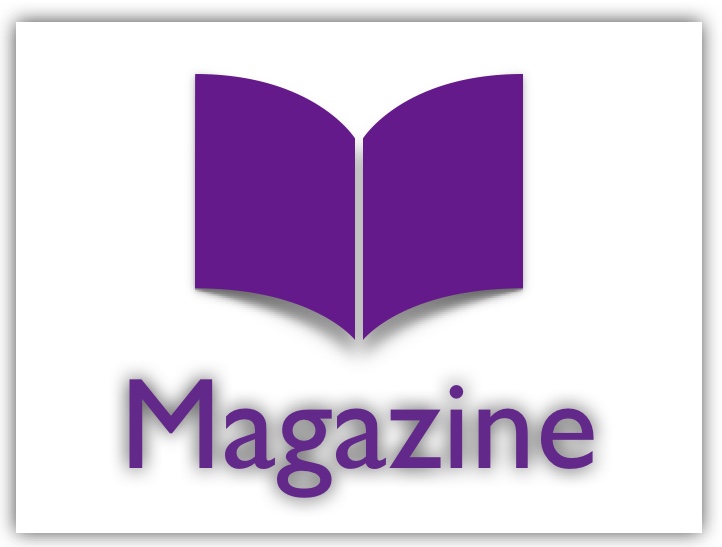 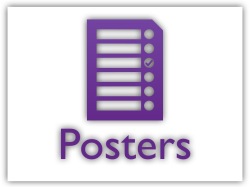 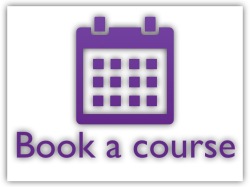